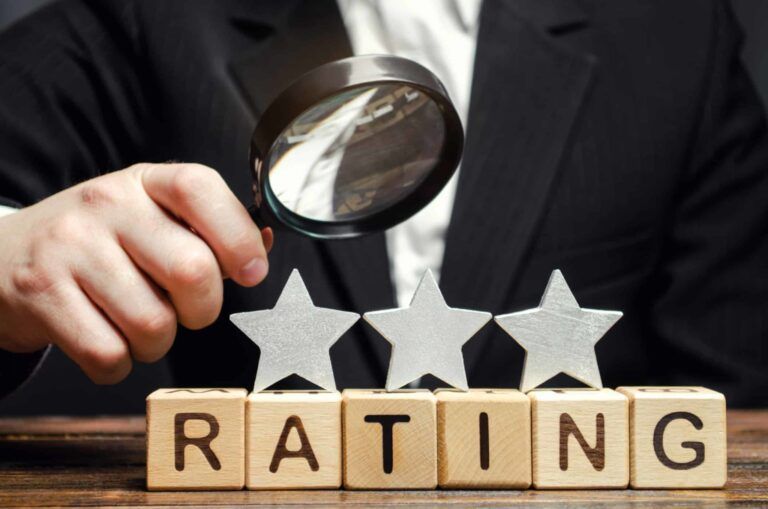 Fake Reviews Can Hurt Your Business. How You Can Safely Boost Your Ratings

Online reviews are increasingly driving customers both towards – and away from – service businesses such as coffee shops, bars, and hairstylists.

As humans, we are hard-wired to attach more importance to the experience of others than what a company may try to tell us about themselves. Our natural scepticism makes us believe the apparently independent reviews and all-important “star rating” that we see. Especially, when we search for a company on Google or Google Maps more than the companies’ own words about themselves.

As could only be expected with such a powerful trend in the marketplace, it wasn’t long before some individuals tried to game the system. Who can forget the man who made his garden shed the top-rated restaurant in London on TripAdvisor, for example?! The ease of setting up new accounts on many review sites might tempt hospitality business owners or employees to try a similar trick. However, there are plenty of ways in which this can backfire spectacularly.

Your online review rating suffers from another well-known quirk of human psychology; we are more likely to tell others of a negative experience than we are about a positive experience. According to Inc Magazine, it takes an average of 40 positive customer experiences to make up for just one negative (1 star) review! In the face of such daunting statistics, it is certainly tempting to “level the playing field” a bit by leaving some positive reviews for yourself.

Apart from all the ethical reasons why you shouldn’t do this, there are some solid common-sense reasons too. Firstly, fake reviews can often be detected. Not just by the review platform, but also by punters looking to make a decision on who to award their business to.

There’s something about a glowing five-star review that is light on substance. But heavy on praise which just seems… instantly suspicious. The “Amazon effect” spills over into your customers’ consciousness. It is now a well-known fact that Amazon is flooded with fake reviews. Therefore, people have sharpened up their BS filters accordingly!

Secondly, there’s no reason to stress unduly over an individual bad review – or even a handful of them. Believe it or not, they can actually boost your credibility rating. Provided you respond to each in a positive, professional way, apologising to the customer for their poor experience. Also, inviting them to get in touch to discuss it further. When a potential customer sees this, they will instinctively know they are looking at real customer interactions. And not fake ones – and they will trust you more accordingly.

As a bonus, the presence of a few negative reviews means that punters will also attach a higher level of credibility to the other reviews they see on the business as a result!

Technology to the rescue?

There is a final and persuasive reason. You should give all the incentive you need not to risk playing with the fire of fake reviews.

Technology platforms now exist that allow service businesses like yours to harness the power of online reviews in your favour. In a far more effective (not to mention far more ethically sound!) way than you could ever hope to achieve by posting fake reviews.

For example, our own system has two powerful features that allow small to medium business owners to boost their online review ratings. A system to remind customers to leave reviews via SMS text message or email. Thereby overcoming the traditional apathy that those who had a positive experience might otherwise feel. Even further, our system places negative/low (1 to 3 star) ratings into a “holding area” for you to deal with before they get published online!

Traditional “brick and mortar” type businesses can’t afford to ignore online reviews. Or, for that matter, the importance of offering WiFi to their customers – any longer. Did you know, for example, that 70% of people prefer bars & pubs that have access to WiFi?

As customer demographics change, statistics like these are only likely to ever move in one direction. Towards an increasingly connected, mobile, online world. Along with this, review platforms such as TripAdvisor, Google, and Facebook are adding new security measures and compliance systems to monitor and weed out fake reviews. Having noted the bad publicity that the ability of some organisations to rig the system in their favour have resulted in.

The good news is that accessing smart technology can help even the smallest coffee bar attract and retain loyal customers is easier than at any point before. Not to mention extremely affordable too. Sophisticated online marketing tools that used to be the sole preserve of big chains and nationwide organisations is now within the reach of the most time-pressed service business owner.

Along with this, the power of social media, which is encouraging many individuals to seek out an individual or unique experience that they wouldn’t get elsewhere that they can then share with their friends online. All works in favour of smaller, more bespoke establishments like yours.

Bringing it all together

In conclusion, fake reviews, whether purchased or placed yourself, are simply not worth the risk. Here’s what you should consider instead to boost your online review ratings:

We hope you found this article useful. Watch this space for future posts that can help you take your service business to the next level! Or why not give our reviews feature a try?

How to Get Higher Engagement on Social Media Channels