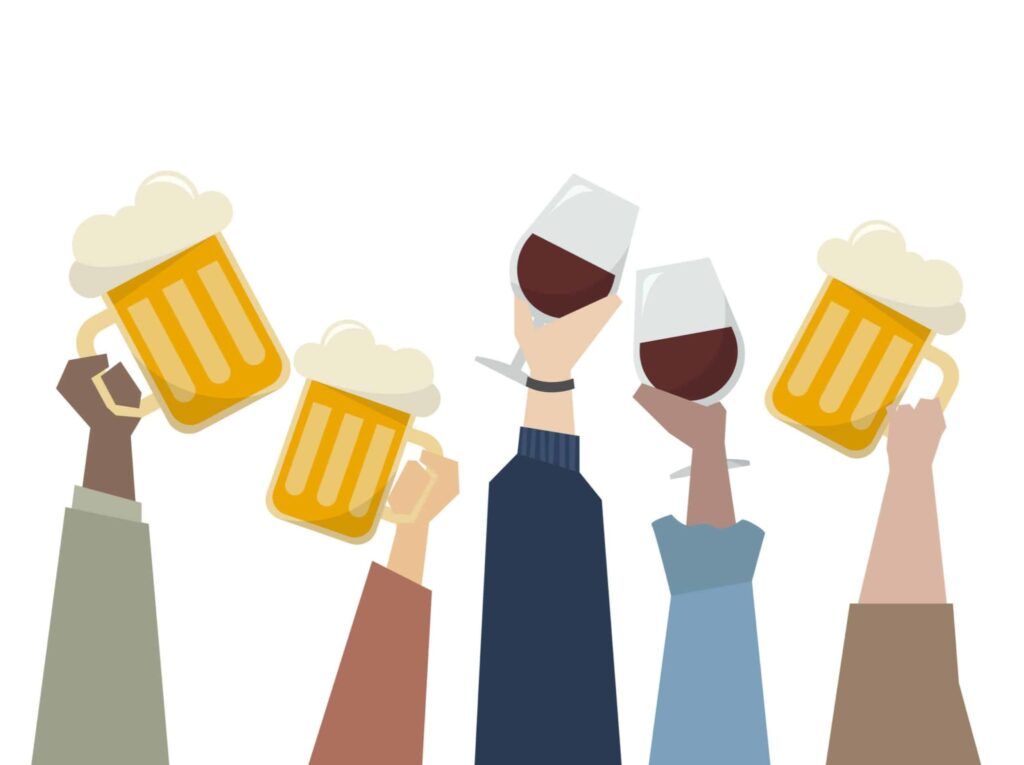 Raising The Bar – A Stampede Report

It’s no secret that pubs and bars in the UK are struggling, and that many have been forced to close their doors. Challenges include rising alcohol taxes, changes to business rates and a new generation that doesn’t drink as much. That’s the narrative at least, and it’s why CAMRA continues its commendable ‘Save the Local’ campaign.

However, a funny thing happened in 2019. For the first time in a decade, the number of pubs and bars in the UK actually went up instead of down – according to Official Labour Market Statistics from the ONS/Nomis.

We believe that pubs and bars are of vital importance to UK society and its economy. It’s therefore imperative that we analyse these market statistics and try to understand what they mean to the licensed trade industry. Is this increase a statistical anomaly or does it signpost a reversal of fortunes for the wider industry? Perhaps it is evidence that pubs and bars have started to adjust to economic and cultural changes in the UK?

In this post we analyse pub growth, the regions and countries experiencing the highest net growth (and loss), the types of pubs growing fastest and some of the likely determining factors. We also look at why the upward trend doesn’t extend to licensed clubs, which continue to fall in number.

Pubs are on the rise

The UK has lost 732 pubs per year on average since 2010, so 2019’s net gain of 320 represents a swing of nearly 1,000 compared to previous years. This is quite a remarkable turnaround, especially given the systematic year decline this decade and numerous challenges facing pub operators.

Sadly England is almost solely accountable for this growth, which is not seen elsewhere. It saw a net gain of +345 compared to Scotland (-5) Wales (-25) and Northern Ireland (+5) which were all relatively stable. By region, the South East has the most pubs (5,340) but only grew by 10 in 2019. Much faster growth can be witnessed in the North East (+85), followed closely by the West Midlands (+80).

By town/city, Bristol, Newcastle, Southampton and South-end-on-sea all boast an extra 15 pubs in 2019 (the most in the UK). In London, pub numbers only increased in 10 out of 33 boroughs.

These stats demonstrate the dominance of big pub chains and suggests that larger and more profitable pubs may be more resilient to negative market forces – such as rising business rates and alcohol duties – and are therefore less likely to shut down. It may also be the case that there is more investment in larger properties with the potential to drive more revenue – while smaller venues stay shut once they close.

The Source of Growth

As to why pub numbers are going up, additional analysis suggests that it has little to do with people drinking more. According to the same dataset, we can reveal that licensed clubs remain on the decline – there were 7,420 in 2019 vs 7,610 in 2018, down from 10,000 in 2010***. Likewise, analysis from the British Beer and Pub Association (BBPA) and Marston’s says beer sales volumes dropped to 3.6 billion pints in 2019 compared with a peak of 5.7 billion pints in January 2007.

In the same report, the BBPA noted a rise in craft and world beers, growing by 194,000 and 218,000 pints respectively. The sale of these premium beers may explain how pub numbers were able to grow in 2019. Likewise, it appears that many pubs and bars are coping better with industry challenges. Many have embraced innovation and new revenue streams. More pubs now offer food, accommodation and a greater variety of weekday events to maximise profits. Pubs can no longer afford to rely on the same old regulars to keep coming through the door.

We are seeing more pubs utilising technology, data and marketing automation to better understand their customers and their drinking habits. This means being able to generate more revenue during traditionally quiet periods and changing their operations/business hours based on how their customers behave.

“The pub trade has had very little to celebrate in the last decade, but I’m sure they’ll raise a glass to these new numbers,” said Patrick Clover, Stampede founder and CEO. “Pubs have a hugely important place in our society both socially as well as economically, being one of the UK’s biggest employers. The reduction of pubs over the last decade has been heart-breaking, following devastating changes to business taxes and alcohol duties, but I hope these figures signpost a reversal of fortunes. Indeed, we saw our local district of Edinburgh increase the number of pubs significantly this year, and I like to think we played our part in that. Stampede’s aim is to become indispensable to every pub, bar, hotel and restaurant owner in the UK. We want to bring the heart back into these beloved venues that are at the centre of our communities.”

* There are now a total of 39,145 pubs in the UK – based on businesses classified by the Standard Industrial Classification code 56302 : Public houses and bars. Figures are rounded to the nearest five by ONS to prevent identification, meaning these are not exact numbers

**We calculated this figure based on the net difference of pubs multiplied by their number of employees. For example, there were an extra 240 pubs with between 20-49 employees: 240 x 35 [the median figure between 20-19] = 8,400 jobs. Other employment size bands saw a net decrease, thus creating a net job loss, but they have still been factored into the 8,975 jobs estimate. N.B the ONS rounds it figures to the nearest 5 to avoid disclosure, so this figure is only a guide and should be taken with a pinch of salt.

Stampede was founded by software developer and tech entrepreneur, Patrick Clover, to enable physical venues to engage with their customers more easily and effectively, and understand them better. From the independent coffee shop to global brands with thousands of sites – Stampede provides a level of customer insight previously only available to large corporations. It offers business owners better information on their customers through improved engagement and insights into consumer habits.

The company has grown rapidly and has served more than one million users from over 800 locations across the UK, Europe, US, Asia and South America.